Custom designs, for everyone!

Computer upgrades – A History of my Computer So I’ve finally upgraded my computer, Again, I guess. I’ve built my own computer ever since my university laptop (the Toshiba Tecra M3 — Pentium M 750 1.86 GHz, 512 MB RAM, 80 GB HDD) died. I remember when that happened … I opened it up and there was so much dust in it that it probably overheated and maybe something shorted out. It was a complete bust. I’m actually rather surprised that it lasted that long. University life is quite rough and it lasted the better part of about 4-4.5 years (almost my whole time at Uni). When I bought it at the time, it cost $1,494.17 on Aug 15, 2005. According to Bank of Canada’s Inflation Calculator, that’s more like $1,865.28 in today’s 2018 money.

In my last year at McGill, I had to build my own PC. I’m a nerd, so I was ok with that. No longer needing a portable computer since Uni was almost over, I could now build myself something much more powerful than my old dead laptop. I placed my order from the MicroBytes Store in downtown Montreal On Sept 30th, 2009. This is when my PC was born. Now if I take the money spent on my laptop and divide that by the number of months it lasted me, I can use that number to compare my new bunch of purchases: $1,494.17 / (49 mths) = $30.49/mth

I got a few recommendations from friends and built from there. Here is a list of the original specs of all the components I bought (Note: some details I could not find … It’s like I bought this old thing in Cash or something … without any records … Like a caveman): 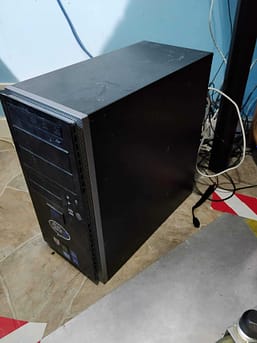 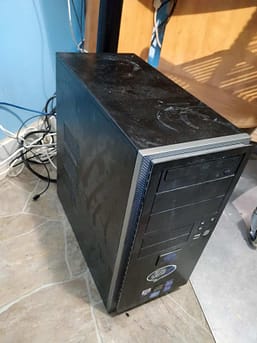 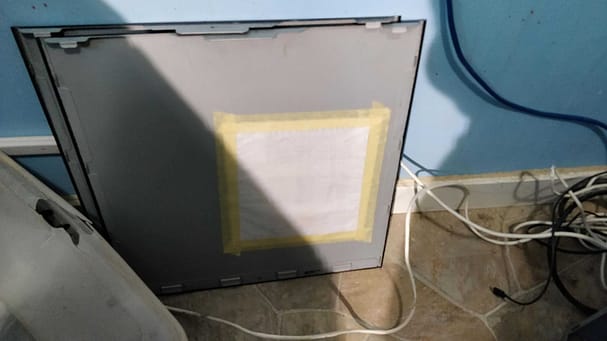 So my first computer build cost me:

So, I had replaced my old laptop with a custom build PC for $591.20 less in relative monies, but with much more powerful internals. Here’s a summary table to show the relative differences:

One thing that you won’t see on the specs for this computer is how much I wanted to build this thing ASAP. The day that MicroByte called me to tell me that all the parts had arrived, I totally booked it right for the store. I walked. Because I didn’t own a car back then and I lived nearby. Actually, I lived 1hr away from the store in walking time. But 1hr of walking for me back then was nothing. So I made it to the store. Payed for all my purchases and then put one box under one arm (the PC case) and another box under the other arm (The monitor) and the rest of the things in 2 bags in each hand. Walking uphill … literally. I lived on top of the Plateau Mont Royal: 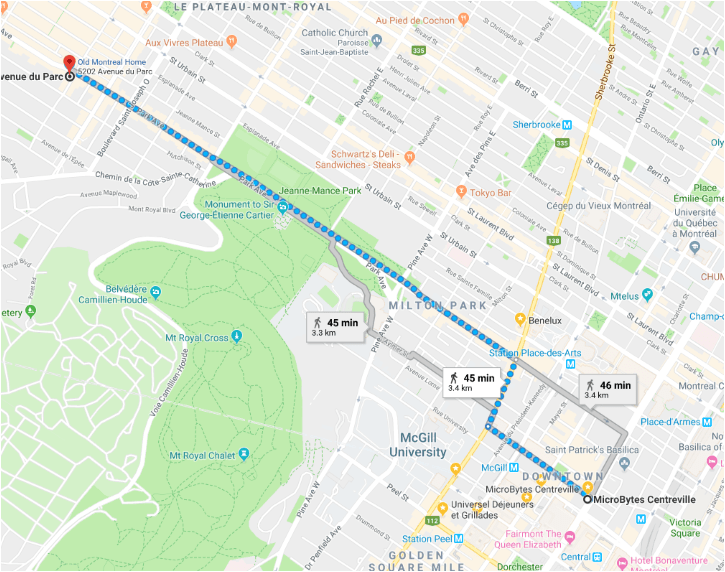 With this upgrade, I was able to take my PC from the bronze age to the Iron age. My drives became decently fast and my CPU was revived with a brand new motherboard to boot. I’m still using all these components except for the SSD. So overall, good upgrade. I’d say really good upgrade since it almost lasted me up until very recently without me wanting to rip my hair out.

Now, I just finished a recent upgrade to the PC tower. So my old purchase satiated me for about $120.92 / (43 mths) = $2.81/mth. This time, you wouldn’t be able to recognize the little one anymore … It’s like it went through puberty. I upgraded the Case this time. I really wanted to just get something refreshing. Change it up from the boring old black box with a tissue as a dust filter … I also upgraded the CPU cooling so that I could finally use that unlocked overclockable processor … I mean I paid probably an extra $100 just so that the thing is unlocked. And, yes, I finally upgraded my Graphics card … seriously, I don’t know what I was waiting for. And I also changed my Power supply. Oh, and my wonderful wife got me an early Christmas present and decided to buy me the last few components I was looking at: a new SSD + RAM. Here’s the detailed breakdown:

My main reason for wanting to upgrade my PC were to bring out my Graphics card from the stone age and to make my computer sound less like an airplane taking off … It was ridiculous really. I’m pretty sure that when I was on the phone near my computer, people thought I was on a construction site while the forklift was driving by. This was mostly due to my Power supply, But also a little bit because of the CPU and the old Graphics card. All these upgrades have now made my PC almost fully silent, save a few slow spinning fans.

And, now, I feel proud to look at my PC. I mean look at this thing … It looks like it’s from a SciFi movie:

With my CPU Overclocked, and my Graphics Card Overclocked, and my RAM Overclocked … It really doesn’t leave much left to upgrade. But I’ve extremely happy with it, so I think this latest upgrade will definitely last me quite a few years. I’ll probably be helping our daughter Marina build her first computer before upgrading again!

Here are the final results for my current PC build from UserBenchmark.com:

Bathroom Upgrade – Always know where your Towel is!

1 thought on “Computer upgrades – A History of my Computer”